A brief history of OnePlus - The Flagship killer maker

Founded in December 2013, OnePlus is a Chinese company specializing in the design, manufacture, and marketing of smartphones and headsets. Like several Chinese companies (Huawei, ZTE) in the telecommunications sector, OnePlus is located in Shenzhen, China's Silicon Valley.

On January 7, 2014, OnePlus launches its first smartphone model, the OnePlus One. The company has a unique way of selling it. Indeed, this OnePlus One was available in 16 countries by invitation. The two founders applied this method because they did not want to take too many risks by making too many devices that would not sell. By the end of 2014, OnePlus One had sold one million units for a turnover of $300 million.

The Oneplus One started the OnePlus flagship killer revolution. But with each model they have increased the price and have moved away from flagships killer.

They are know for some great devices :

One plus is moving toward a more premium market. It has always been their goal. The premium market is more lucrative, and therefore it is normal for companies to move toward it. We cannot call their products flagships killer anymore.

The end of the flagships killer

As Dave Lee mentioned in his video, they aren't any more flagships killer on the market. The smartphone market moves so quickly, and each new iteration doesn't bring a lot of new features.

Smartphone brands have a lot of issues making new exciting smartphones.  Samsung, Apple... aren't creating new and revolutionary devices each year. Their products are only slightly better, faster, and more expensive. No real new features have been added.

With so few innovations and a more increasingly competitive market, the flagships older brothers don't have a lot of difference except for the price.

The difference between the Samsung 10 and Samsung 20 is so small that the difference in price is something to think about. Do I want to pay 400$ more for a slightly better camera and a bigger screen?

Join the newsletter to receive the latest updates in your inbox.

Join the newsletter to receive the latest updates in your inbox. 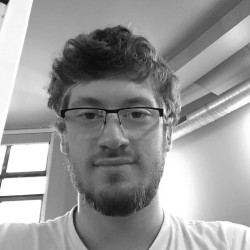